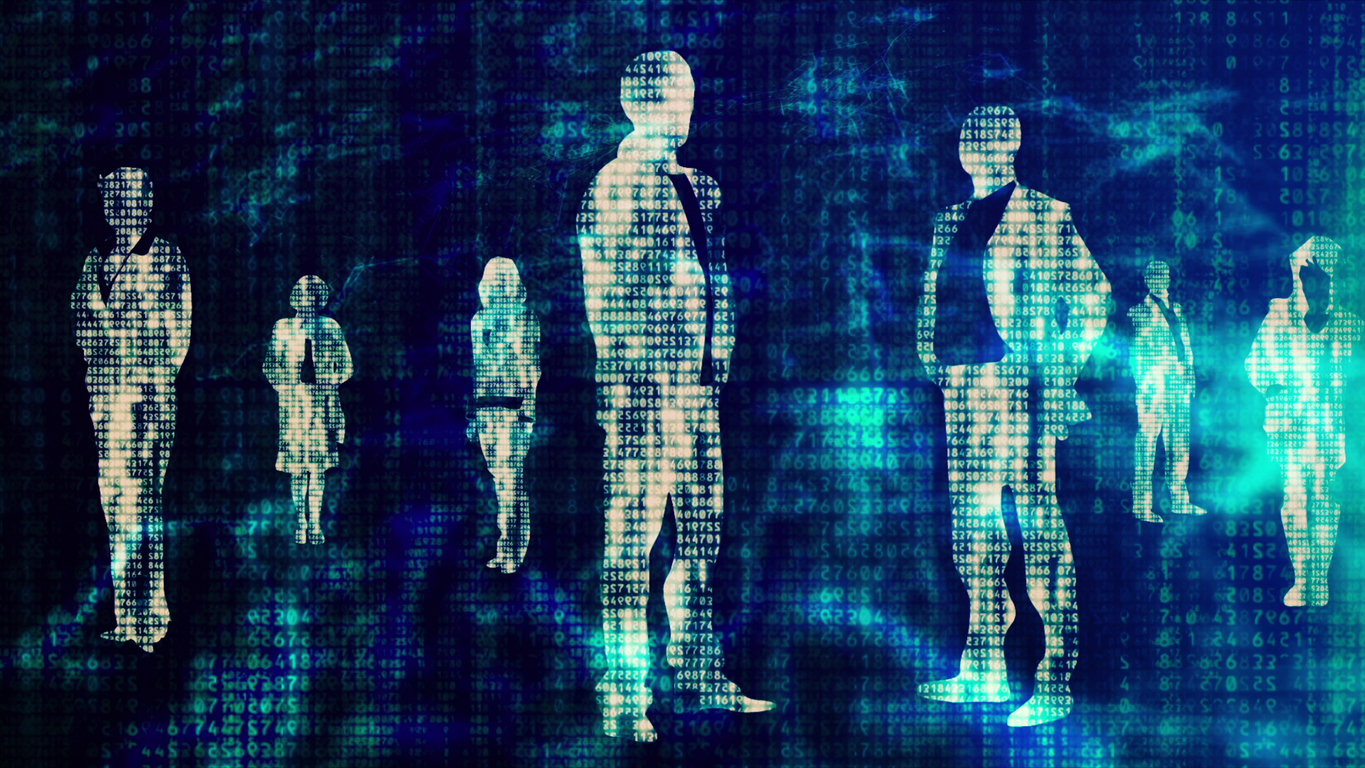 Opportunities and Duties in the Petabyte Era

We live in what is sometimes called the “Petabyte Era.” Each day, we create 2.5 quintillion bytes of data, and this is trending upwards. A staggering 90 percent of the data in the world today has been created in the last two years alone. At the forefront of this data-driven crescendo, entrepreneurs are eager to take advantage of this new black gold. But in the rush to capitalize on its opportunities, many businesses mining this new frontier are not considering the impact of their actions. Too often, they forget the true nature of data: people.

Data is humanity in its very details. We are the data continuously generated by such tiny actions as tweets, Facebook likes, Google searches, online comments, one-click purchases, even viewing-but-skipping-over a photograph in our social media feeds. These actions, in total, reveal an intimate portrait of who we are and how we live. Such data streams feed maps that tell us — and more disturbingly, often tell others — not just where we are but also where we want to go, what information we consume, how much we can borrow, where we go for dinner, even who we date. From getting a job to finding a spouse, predictive algorithms silently shape and control our destinies. Everywhere we go and most of what we do leaves a digital trace and an increasingly less faint image of who we are and who we hope to be.
But this dawning era of Big Data has arrived so quickly that we are still learning how to think about it. Most of the time we don’t see Big Data as humanness, nor do we realize the implications of our relationship with technology and how it changes the ways we define ourselves.

Through the use of algorithmic processing, Big Data defines people not only to others but to themselves — our allegiances, relationships, choices, and categories of self-definition. This harnessing of behavioral data has the potential for massively disruptive results on freedom, privacy, moral reasoning, and human autonomy.

What this all means will play out for decades to come. Now is time for businesses to deeply think about the nature of the data and its uses, and to understand that along with the opportunities Big Data presents for growth also comes a duty to use such data responsibly.

A shady world exists in which thousands of largely unregulated data brokers create profiles of people which include their health status, finances, physical addresses, education, online shopping history, criminal records, among a myriad of other details. These profiles are usually built without people’s knowledge or consent.

The data used may be inaccurate or inappropriate. Algorithmic modeling or analysis derived from the data may thereby be biased or incompetent. Use of such data can ruin reputations. But data use problems go far beyond inaccuracy. Some data collection methods are too invasive. Being tracked constantly by webcams or videotaped (even in the bathroom, a practice that is actually occurring) as a condition of employment is not acceptable. In employment screening, the uses of algorithms can be so opaque as to be blind to inherently corrosive biases. The threat posed by reckless, bad, or discriminatory analysis is especially potent when algorithmic decision-making processes weigh an applicant’s gender, race, zip code, or lack of present employment. Big Data can thus easily turn into a sophisticated tool for deepening already prevalent forms of unfair disadvantage. Without clear boundaries, Big Data’s routine practices can lead to discrimination, manipulation, and the propagation of propaganda. Ironically, an age of free-flowing information could easily instead be dominated by misinformation.

Data is a Risk

The first step in addressing any problem is recognizing such a problem exists. Risks come with any company’s inappropriate use of data or algorithmic modeling. Results often are to the detriment of freedom, privacy, and both moral and financial standing. When such misuses are documented, companies face costly lawsuits and damage to their reputations which often also result in damages to their bottom line. They also bear responsibility for breaches of sensitive data that occur via cyber-crime — that is, the illicit capturing of personal information and even business contracts. Equifax's massive breach in particular represented a very large red flag, and the revelation of Facebook’s personal data misuse caught the attention of millions of users. Big Data has begun to be examined, criticized and monitored by consumers, company stakeholders, and governmental regulators.

Big Data offers tantalizing opportunities for growth, but organisations can no longer avoid rethinking their way of using data and algorithms. They must consider not only what is good for their immediate interests but also the larger downstream potentialities for themselves and society; to do so, they need to install serious risk management practices for the protection and the use of their data. They need to become more disciplined and ethically aware in order to define what is acceptable, and what is not.  A lack of protection does not equate to a lack of responsibility. Thus, organisations need to regulate themselves in order to remain sustainable. It is time to take a longer view and redefine their cost-benefit approach.

Ethics and the Defining of a Healthy Governance

A company’s use of algorithms needs to serve the common good. Accountability, mechanisms of fairness, and people’s rights must be built into such practices as we proceed further into the Petabyte Era. This will, of course, not be easily accomplished. Business is not governed by a morality that is disinterested, but rather by economics that is never disinterested. In many cases, the pursuit of competitive advantage is inherently problematic, encouraging unethical or sociopathic behavior by a firm. But with this reality in mind, the way such a firm is governed is the responsibility of its directors; their governance should be proactive and ethical while still reconciled with the company’s objectives to protect its competitive advantage, further its financial interests and level of business throughout the world. This can be achieved by balancing such objectives with a vision that also serves the greater good and is thereby more likely to provide a lasting benefit both to the firm and to the world.

Transparency also plays an important role in mitigating the risks of misusing Big Data. When a company decides to use an algorithm, it owes it to the people ranked and rated to explain exactly what data was used, how it was analyzed, and how potential mistakes, biases or violations of the law can be identified, corrected or challenged. It becomes essential for such companies to maintain a steady focus on the possible misuses and misinterpretations of their models.

Big Data represents a new power and a source of competitive advantage. However, to truly maximize its value, organisations must understand that this power comes with accountable duties and risks that need to be mitigated. Organisations must rethink how they create, edit and store data. By doing so, companies can effectively tap into the value of the 21st century’s most promising source of actionable business intelligence, Big Data – the new black gold. 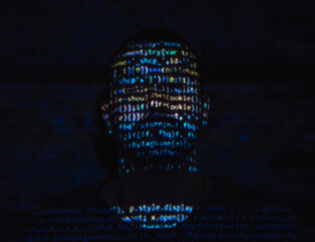 vamtam-theme-circle-post
 Category Business, Cyber Security, Risks
No matter how small or large your organisation is, having a cybersecurity strategy is more crucial than ever. Long entrusted to IT departments, cyber risk has become a strategic issue.To tackle the cyber threat that all organisations face today, decision makers within business must align their cyber risk management initiatives and their organization’s business strategies to ensure a successful integrated cyber security strategy. This will need to assess cyber risks, install a cyber-hygiene routine and train people within the organisation to become cyber protectors.
Read More 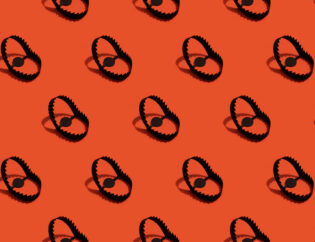 vamtam-theme-circle-post
 Category Fraud, Business, Risks
It’s proven that corruption and bribery are bad for business. They cost at least 5 percent of a company’s revenues each year, hurt reputation, decrease employee morale — and can even be the single biggest determinant to investment growth. Solutions exist to deal with fraudulent behavior. Developing both preventive and corrective anti-corruption systems can help stop corruption and boost business.
Read More 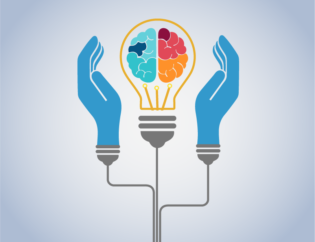 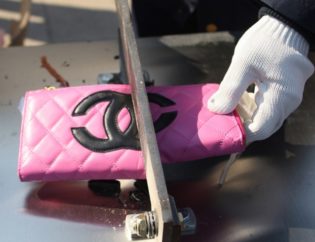 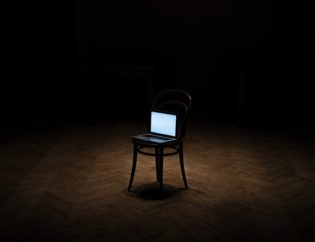 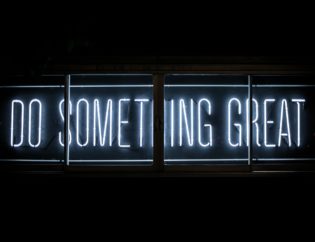 vamtam-theme-circle-post
 Category Business, Risks
The COVID-19 crisis has outpaced the resiliency mechanisms of most global businesses. It is in...
Read More 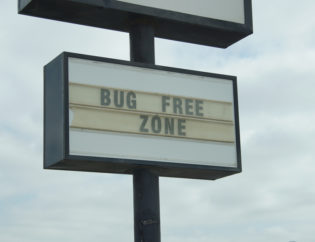 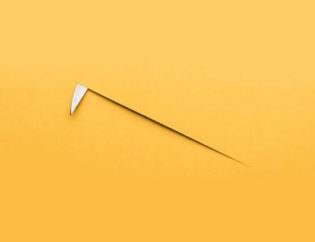 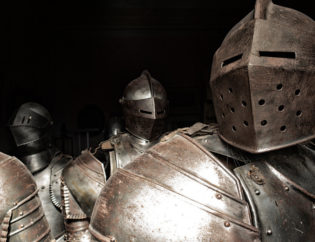